I’ve learned this truth firsthand during the last 12 months. There’s an eternal thread of generosity intricately woven throughout the last year as God allowed me to be the giver, the witness, and the recipient of generosity during one of the most challenging times of my life.

God’s plan is greater than mine

Last summer, I was training for my first half-marathon, a race in Cape Town, South Africa to benefit victims of human trafficking. Around the same time, I became City Prayer Leader for an Inspiring Generous Joy (now WDW Signature Event) event hosted by Women Doing Well. These Kingdom assignments allowed me to use my gifts to serve others.

Unexpectedly, ten days before my flight to South Africa, I learned I had thyroid cancer and needed a complete thyroidectomy. I was shocked. I had no symptoms; I was in the best shape of my life, and just raised $10,000 for the cause. Had I misunderstood God’s call?

I was faced with a momentous decision: walk away from all the effort I had poured into the last 10 months? Or get on a plane in the midst of fear and uncertainty?

I spent the next 48 hours in prayer, which led to a profound question from my husband: “Ellen, when you get to the end of your life, will you regret not going?” Without hesitation, I locked arms with Jesus and got on that airplane! Unbeknownst to me, I was about to witness a stunning example of generosity.

This divine appointment was with a beautiful South African lady named Francesca.  She was just 13-years-old when her mother sent her to the streets to sell her body to buy food for the family. She bravely recounted years of beatings, pain, and humiliation. A brutal rape led to her pregnancy with her son.  Broken and desperate, she begged God to help her love this baby.

He led Francesca to a church where she found a recovery group dedicated to the rescued victims of slavery and trafficking. She met Jesus there; and over time, He began to heal and restore her. The moment she spoke of her son, the years of pain left her face and her eyes lit up as she described the agape love she feels for him.

I was overcome with the magnitude of this sacred moment, and the extravagant example of generosity I witnessed. Only God could take unimaginable pain and suffering straight from the hands of evil, and turn it into a beautiful love story.

Captivated by the beauty of generosity

The next day, as I crossed the finish line of the half-marathon in honor of Francesca and her son, I felt the healing hands of our Sovereign God.  Two days after my return from South Africa, I underwent surgery and my thyroid was removed. Just weeks later, I miraculously sat at the IGJ event where I declared victory over the enemy. Today, my body is healed, my scar is undetectable, and the cancer is gone. Praise Jesus!

I’m awed by the beautiful generosity that God allowed me to experience. It captivated my heart in the midst of a difficult season, and taught me profound lessons in humility and grace. No matter if you are the witness, the recipient, or the giver of generosity, you will be showered with an abundance of eternal blessings and led straight into the arms of the Original Giver. As an on-purpose daughter of the King, this is where I want to live! 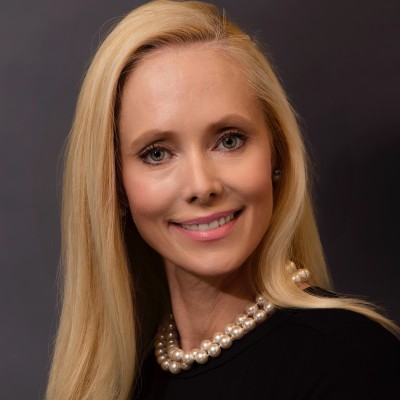 Ellen Coleman is a Chartered Advisor in Philanthropy, business development, and relationship management executive As an ambassador for the Kingdom of God, Ellen embraces her role as a philanthropic influencer by walking out her unique purpose, inspiring light, by also serving as a missionary, speaker, and global ambassador for the victims of human trafficking and malnourished children. She currently lives in Jupiter, Florida with her husband where she enjoys her most treasured ministry, raising her children Arabella and Sterling.