I didn’t want to write a book. I wasn’t looking to become an author. My husband, Bob, and I were busy enough raising five children and flipping houses in Philadelphia.

Any free time we had was spent renovating our 305-year-old farmhouse. It was an immense project, but we enjoyed it. We were content.

Then we had a visitor.

It was two years ago when my uncle came to town. During his visit, he asked what I was “one hundred percent” depending on the Lord for.

“Besides raising my children,” I said honestly, “nothing.”

Nervous, I took on the challenge, praying that God would give me a vision that couldn’t be fulfilled by human means.

A few months later, I accidentally befriended Sarah Perot, daughter-in-law of two-time presidential hopeful Ross Perot. I didn’t realize who she was initially. All I knew was that she was a faithful Chrisitan, lovely and transparent.

Two months after we met, she called. I couldn’t answer. I was lying on the kitchen floor. I’d just hosted a 350-person wedding at my home, and my head was throbbing with a migraine.

Like a good friend, Sarah started texting me. She wanted me to come to London to pray over her new house. Tomorrow.

Who can afford a ticket to London at the drop of a hat?

Encouraged by Bob, I prayed for clarity in the situation. It came five minutes later when Sarah texted again. She was helping me come to London.

When I landed in London, I was met by Sarah and author Sally Lloyd-Jones who wrote The Jesus Storybook Bible. During lunch, Sarah asked why Bob and I flipped houses.

“Everyone is hungry for home,” I said.

At that, Sarah and Sally with conviction told me that I was supposed to write a book. They picked up their computers and told me the title was free. Hungry for Home was my book.

In my family, it seems everyone is a writer. Everyone except me. At family reunions, we have a table on which we display all our family’s books. I’ve never wanted to be on those tables.

Me, write a book? Think again.

However, when I told my sister about Sarah and Sally’s idea, she agreed with them. Then she told me to call Jessica, a writer-friend of hers in California.

I did, and for some reason, Jessica flew across the country to meet me. We talked about my family history. How my grandfather was an evangelist to Asia for years. How I listened to my grandmother’s friend, Corrie Ten Boom, tell stories at my grandparents’ home when I was a child. How my dad’s cousin, Bill Johnson, founded Bethel Church. And of course, how I didn’t want to write a book.

Before Jessica left, she and my sister spent the day shopping. As she was leaving she gave me two gifts. One was a teapot. She told me to drink a cup of tea while writing. Yeah, right! The other was a book she envisioned my book looking like. As soon as I opened it, I discovered it was the exact farm Sarah had taken Sally and me to outside of London, when they told me they thought I needed to write a book.

I burst into tears. God was at work answering the prayer my uncle encouraged me to pray. I was supposed to write the book. Out of obedience, I would write it. And it was going to push me completely out of my comfort zone. 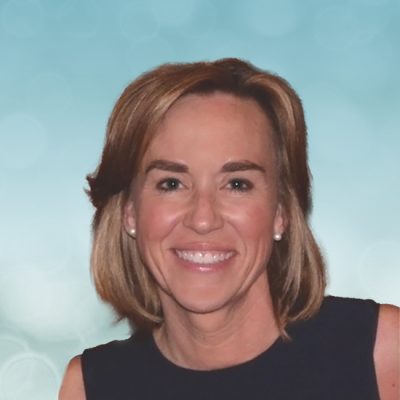