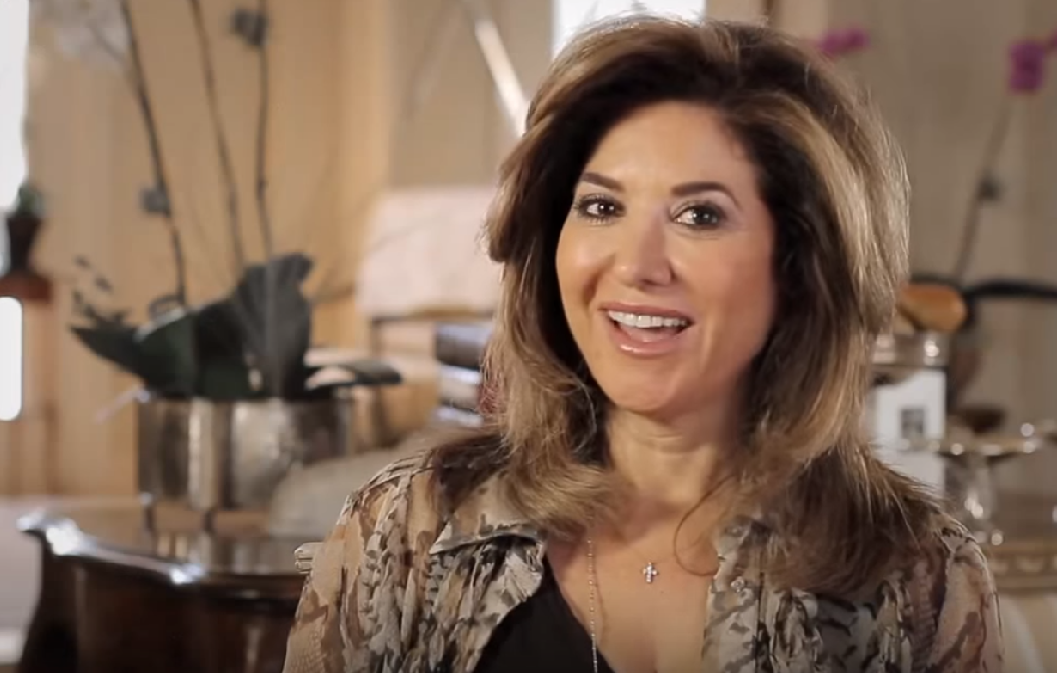 The message of generosity didn’t just change Janice Worth’s views on giving; it transformed her life, taking her from an orphan in search of security to a daughter of the King living out her purpose. That includes serving as a Global Ambassador for Women Doing Well.

Janice recently shared her story with National Christian Foundation. This post was originally published on their blog.

When other young girls were headed to ballet class and gymnastics, five-year-old Janice Worth was marching off to the race track with one of her uncles, Bullwinkle lunchbox clutched tightly in one hand and the daily racing form in the other.

Orphaned at a young age, Janice was raised by extended family, but deep down, she believed it would be up to her to find the security and joy in life she desired. Little did she know that God was at work rearranging the odds in her favor.

At 16, Janice was ready to put her plan into action by finishing high school early and going straight to college. “I was ready to go off and make money because money was the tool that I was going to use to have the security that I never had as a child,” Janice says. By 25, she was living in New York City and buying her first beauty company.

Several years later, a new format of long-form TV commercials – the infomercial – was taking over late-night TV. Janice and a business partner found themselves at the forefront of that industry, and soon, they had the first infomercial ever to sell $100 million. By the time she was 28, Janice was wealthy, married, and living the lavish life of her dreams in New York City.

One beautiful summer afternoon, Janice’s husband drove her out to the Hamptons. They reached a long driveway, lined with tall, pink rhododendrons in full bloom. At the end of the driveway, she saw a stately oceanside mansion with 20 rooms and formal gardens laid out pristinely in every direction. Her husband opened the car door and proclaimed, “Jan, welcome to your starter home.”

Looking from the outside, you would think she had arrived.  She had beautiful homes, successful businesses, a fantastic husband, and all the comforts money could buy.  But something was still missing. “I was partying and having a ball in the 80s in New York City,” she explains. “But I was searching for something more.”

Soon, she found herself drawn into the whole New Age world. “Quite honestly, that’s a pretty dark place, the world of the occult,” she says. “I could read your palms, I could do your past-life regression, and I could read your tarot cards. This is where I was.”

It was about this time that Janice received an invitation from some friends to attend a Bible study. “I was the last person, on the last list to be invited,” she jokes. “Nobody thought I’d show up, but I did.” One of the women there invited her to a new church plant, Redeemer Presbyterian, in New York City. “So, I go to this church, hear Tim Keller, and I meet this guy, Jesus, and he radically changed my life.”

She explains, “There I was, a new believer, with a marketing background, and I was very performance-driven.” She found herself on the new stewardship committee of Redeemer, and that was her introduction to God and money.

“I learned that you pay this thing called a tithe, 10 percent, and I thought that was easy because it didn’t make a difference in my lifestyle. If I had a good year, I’d give Jesus another one or two percent. My heart wasn’t at all involved. just the dutiful checklist of Christianity.”

But then Janice was invited to attend a Celebration of Generosity event hosted by  Generous Giving, a unique, fully funded ministry that spreads biblical generosity among those entrusted with much. This is where Janice’s real understanding of generosity began.

“I walked into this ballroom, and there were 500 lit-up people,” she says. “Now I’d been to a lot of parties, but I had never seen a party like this. I felt like  When Harry Met Sally, ‘I’ll have what she’s having.’ I wanted what these people had.”

This was the first time that Janice experienced the biblical truth that  God owns it all. “It was transformational,” she says. “I was a hyper-independent person. I had done a good job building my wealth, and it had never dawned on me that it wasn’t mine.”

It was at that moment that Janice was forced to come to terms with the hold that money had over her. “I realized that money and possessions are what made me feel worthy and valuable,” Janice says. “The loss that I had lived through as a child was propelling my fear of never having enough. God was showing me that my zeroes were my god, and what I looked to as my true savior.

“For almost 50 years I had been enslaved to the temple of JP Morgan,” she says. “Our God is a jealous God, but he is also gracious, and he finally won my heart. I began to see that money was simply a tool that he had given me.”

From there, Janice began a new adventure in giving. She began hosting Generous Giving’s  Journey of Generosity  retreats in her home to encourage and learn from other givers. It was at one of these events that Janice was introduced to Pam Pugh and the Women Doing Well research study. The study led to a ministry that Janice and others launched.  Women Doing Well  is a ministry who hosts events and retreats focused on purpose, passion, and plan for a generous life.

“Women are making money, marrying it, inheriting it, and giving it, and no one is talking to us,” Janice says. Her personal mission is to see women equipped with the tools they need to live a more generous life.

It was during this time that Pam also introduced Janice to the National Christian Foundation (NCF) and the benefits of a  Giving Fund at NCF. “Generous Giving introduced me to the why of giving, and NCF showed me how.”

“I want to be armed with the tools that I need to really have an impact with what God has given me. My Giving Fund is the greatest giving tool on this planet. For me, it’s like having a personal giving assistant. I go onto my computer any time, day or night, and I can look at my favorite charities. I can look at who I’ve given to over a lifetime. For a woman driven by data, this is a game-changer.

She says that her  Giving Fund  also helps her give now and grant later, grow her fund over time, and make tax-wise gifts of appreciated assets. “My bonus comes December 15,” Janice explains. “And if I was going to give it away in time to get a tax deduction, the charity needed to get the check a number of days before the close of the year. I was always rushing to decide how to give.”

With my Giving Fund, I can give my end-of-the-year bonus, qualify for the charitable deduction, and then give that money away strategically when I’m ready. And with enough money in the fund, you can invest it and make even more money to give away. I can also  transfer appreciated stock  directly into my Giving Fund to avoid capital gains tax and redirect that money toward giving.” She’s even helped to plant a church by selling her jewelry using this tax-saving tool.

But perhaps the most influential way that Janice uses her Giving Fund today is to safeguard her heart from the temptation of accumulation through a creative arrangement that she has developed with her money managers. She explains, “Somewhere in the back of our minds, we all have ‘the number’ – the amount that if you had it in your account, you’d feel safe and secure. Well, recently I had to do my net worth statement, and I hadn’t looked at that in forever. When I actually got it in front of me, I didn’t only have the number, I had two times that number. I called my advisors in New York and said, ‘Hey, every time we go over this amount in the account, I want you to sweep it to give it away.’ Now it’s something that I have put in place. When it gets to be enough, they transfer that money over into my Giving Fund.”

Today, Janice believes that  NCF, along with the ministries of  Generous Giving  and  Women Doing Well, has come together to create a powerful trifecta for igniting generosity and purpose in her life. And she encourages others to explore these organizations as well.

“I really believe that once God touched my heart with the message of generosity, it was so much easier for him to touch my checkbook, and that transformed my whole life,” she says. “Everyone wants to have a purpose in life. It is such a gift to know my two-word purpose, “expanding territory.” I expand the territory of God’s kingdom with my wealth.”

“I am so grateful that God bets on a long shot.”