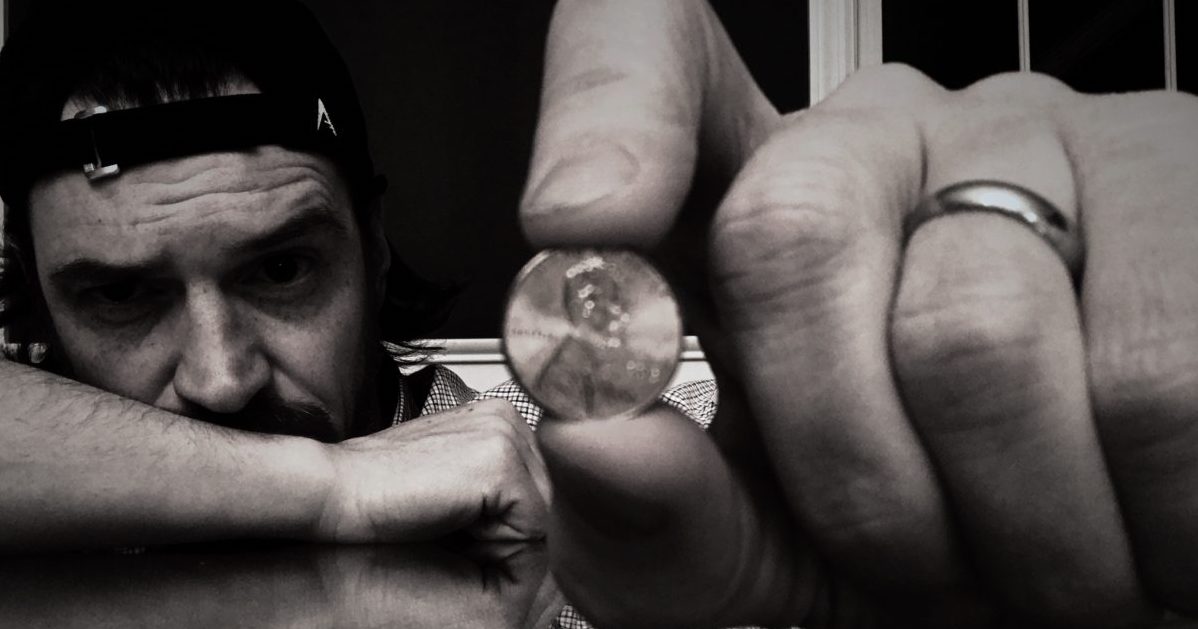 Many marriages have a saver and a spender—and they don’t always see eye to eye. That was true for New York Times best-selling author and nonprofit entrepreneur Conor Grennan and his wife. In this repost from his blog, Conor shares the important lesson he learned about being “the cheap one” and how that changed his approach to money and his marriage.

I am the cheap one in my marriage. I think a lot of marriages have one of me.

I’m there in the grocery store, thoughtfully comparing off-brand cereals. I’m examining olive oil like an MSRP sticker on a Range Rover. “Good financial stewardship!” I murmur proudly with every item I place in my cart. I own my frugality. Let others have their bejeweled phone cases and robot butlers. I need no such luxuries!

If you, like me, are the cheap one in the relationship, then you know that frugality only works if you can lord it over others. Which means that you, like me, have probably mastered the art of passive aggressiveness that comes out when your partner spends any money at all.

Of course you should get that brand new sweater! we say. Me? No, no, no, I’m fine – I’m just going to cut some armholes in a swath of that old cheesecloth in the pantry. We can always get more cheesecloth!

I, Conor, was the wise steward of our resources. I was the responsible one. The financial manager.

In fairness, Liz was not, as it turns out, a big spender. The outside observer would classify her in the normal-to-very-normal range. But we had this chasm between us when it came to finances. It was at the core, it seemed, of any argument we might have. It usually went like this:

Liz would suggest something, as minor as getting frozen yogurt for the kids. I would come up with thirty reasons why we couldn’t afford it. Blend well. Argument.

And then we met Candice.

Candice is a financial counselor. (She’s in Florida, so our sessions were over Skype.) Like a good counselor, she listened to us both. Liz talked about her hopes and dreams and her vision for how we could serve the youth in our community – this is a major life goal of our family. Then I told Candice about how I felt like we just spend too much money.

“You said you ‘felt.’ Math isn’t a feeling,” Candice pointed out. “What are the numbers? Because what you’re saying probably feels to Liz like you’re crushing any dreams she might have. So let me ask a different question: What’s your vision for your financial resources?”

“Well, like I said, I want to spend less money.”

“Conor, in my experience, when I hear I want to spend less but there is no vision attached, I find it’s usually rooted in some kind of fear. So let’s figure out what that fear is.”

Now, being a male, I’m never super enthusiastic about exploring my deep-seated fears. But it helped that Candice is a Christian counselor, because it allowed her to reference the fact that when God says, “No idols before me, people!” He’s not just talking about carved statues of Zuul. He’s talking about things like Money. And my fears are rooted in the fact that somehow we’ll never have enough.

That’s not wise financial stewardship. That’s not having a vision.

All that is to say this: If you, dear reader, are the cheap one, you’re not right.

And also – if you’re trying to get your spouse not to be so cheap, you’re not right either.

We are all just planting a flag in our territory and hoping the other side comes to us.

Our monthly talks with Candice have produced one of the single biggest changes in almost ten years of marriage. Liz has become the finance ninja in our house. She’s running spreadsheets with formulas and ratios and producing cash flow statements on a daily basis. On a daily basis. And I’m letting us dream more. We are now Team Grennan in our finances.

So as I’ve begun to let go a lot of my passive-aggressiveness, Liz is beginning to find my cheapness more endearing. And because it’s just a cute little quirk of mine now, I feel free to list out…

The Top Five Ways that I may be Unreasonably Cheap

For me to tear off an entire paper towel would require some kind of apocalyptic tidal wave washing over the eastern seaboard. I tear off tiny chunks of one towel, just big enough to cover the spill, making that towel last. I hear Lucy taking three towels at a time to wipe her mouth and it literally sounds like hundred dollar bills cackling in a furnace.

If I’m spending $1.99 to rent a movie on iTunes then I better be in that movie. I struggle with it. I swear I’d rather watch season 4 of the Wizards of Waverly Place for free.

I’ve actually weighed individual apples at a grocery store when nobody was looking. They sell those things by the pound and that extra apple fat adds up. My kids can eat smaller apples. They’re not gonna die.

A few months back, I thought how hard can it be to fix a light switch? Grab a screwdriver, bingo bango bongo, and I save $100 on an electrician. What happened next was like a live action Road Runner cartoon. I still try to do everything myself around the house, but not the things that will, you know, murder me.

I treat individual Zip-Loc bags like oxygen tanks above the death zone. I slice cheese thinner so that it lasts longer. I order sandwiches from places that you wouldn’t think even sold sandwiches because they were the cheapest in NYC. To avoid renting a $5 cart at the airport I will carry hundreds of pounds worth of bags myself, draping myself with them like a sea monster.

But here’s what our family gets right: We tithe on every penny we make. We want to be more generous with our resources and I think we are getting there. And we’re committed to making money just a thing, not the everything. And that’s a vision Lizzie and I can both get behind.

That, and off-brand cereal. It’s not bad! 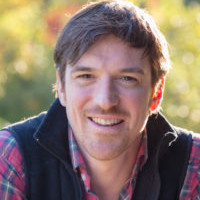 Conor Grennan is the founder of Next Generation Nepal (NGN), a nonprofit organization dedicated to reconnecting trafficked children with their families in Nepal, Since NGN's inception, the organization has helped reconnect more than 500 children with their families. Conor also serves as the Dean of Students for the MBA program at New York University's Stern School of Business. He lives with his family in New Canaan, Connecticut.