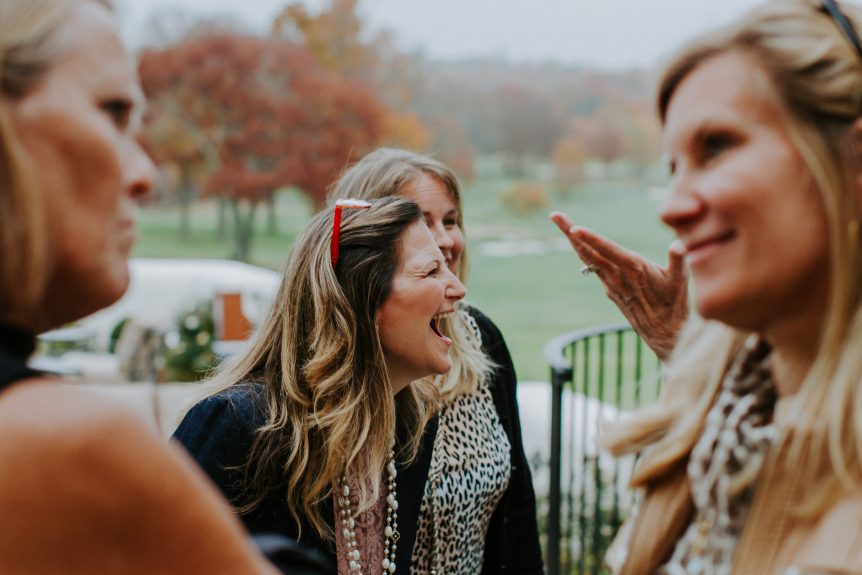 As President of Women Doing Well, many assume that I’m naturally generous. That I’ve practiced wholehearted living and giving my whole life. That a life of generosity drew me to WDW.

I wish that were true.

When I read WDW’s research, I learned why, and I learned I wasn’t the only one. As the research shows, generosity for women doesn’t look like JUST writing checks and moving along. Generous women want to give their time and expertise. They want to know the organizations they support, and they want to know they’re making a difference with their giving. Equally important, they want to share the journey with their friends and family.  This helps women open their hearts and purses wide.

When I saw this in black and white, it ignited a passion. I wanted that in my life. But first, I had to make some changes.

My Journey to Wholehearted Generosity

My journey with generosity started many years before Women Doing Well. After losing my mother when I was only 34 years old and still single, one of her friends sent me an article that encouraged those grieving the loss of a loved one to honor them by picking a quality the loved one embodied that they didn’t and try to be more like that quality. I remember knowing immediately it had to be generosity.

Ironically only a couple of years later I found myself taking a job with Generous Giving, but it wasn’t until my first day of work did the memory of the article come back to me. While I developed a spiritual discipline of giving during my years with Generous Giving, it was the understanding of my purpose, passion and plan through Women Doing Well that really unlocked wholehearted giving.

Early in my marriage, I handled the finances. When life became too busy, my husband, Gary, took control of our money.

He did a great job, but for seven years I didn’t really know where our money was going. I knew our bills were getting paid. I knew we were supporting various missionaries and assumed we were tithing but I couldn’t be sure because I wasn’t involved in the details. With a young child at home and a part time job it just wasn’t top of mind most days.

So I pushed passed the hesitancy I felt and asked my husband to do the WDW planning retreat.

In the middle of the retreat was a three-hour dinner discussion. The topic: our family’s values. At the time, Gary was between jobs, and I was working part-time. Everything was uncertain and as a result, we had great freedom to say whatever we wanted. We talked dreams, we talked hopes, we talked big.

Once we had some financial stability, how did the Wilson family want to give? How would we wholeheartedly give and live?

The answers were eye-opening and humbling. I’d always assumed Gary would be nervous about being more generous. I was wrong. He’s very interested. In fact, Gary is more generous than me.

Soon after the retreat, Gary took a job managing a capital campaign for a Christian school. He took an almost 50-percent pay cut, but the trade-off was worth it. He had purpose. He was happy. Content. In addition my daughter started school full time and I went to work full time.

While Gary had purpose, I felt awkward. Suddenly, I was making more money than my husband. I worried it appeared I was leading the marriage, and I didn’t want that.

I told this to Gary, and guess what? He wasn’t worried or intimidated at all. He didn’t feel less than because his wife had a larger paycheck. He saw what God was doing in my life. In fact, he was so impressed by God’s work in me that he wanted a piece of it. So he became a facilitator with Generous Giving and later a global strategies development officer for CRU.

It was then that I realized our marriage could handle more of my true self. I didn’t have to fit into a mold. I could be who God made me to be.

As I allowed God to do this work, something happened. I realized I was the best partner for my husband. And he was the perfect fit for me. We were becoming our best selves—together.

Eventually, this spilled into other areas of my life.

At work, I stopped keeping my thoughts to myself. I was in a leadership position, so I started acting like it. Healthy conflict arose, and it didn’t scare me. It drove me to pray.

I became a better mother. I stopped feeling guilt for being a working mother. Instead, I began taking advantage of every moment I have to love and shepherd my daughter, Ella. I began pursuing her sacrificially.

Because of these changes, my life is fuller than it has ever been. My relationships have transformed. My family is thriving. We’re living wholehearted, generous lives, serving one another and those God puts in our path.

Of course, I’ve not arrived. I’m still learning. I’m still sitting at the feet of our generous and gracious Master. Growing in understanding of what it means to be wholehearted in my marriage, mothering, and church.

And I am not doing it alone. I’m journeying with a loving husband, a dear daughter, and a coveted group of Christian believers. Together, we take one wholehearted step at a time.

What will the rest of my journey look like? I don’t know. But God does, and in His power, I plan to walk the path of wholehearted living and giving all of my days.

If you are interested in starting your own wholehearted journey, you can sign-up for The Doing Well Series here. 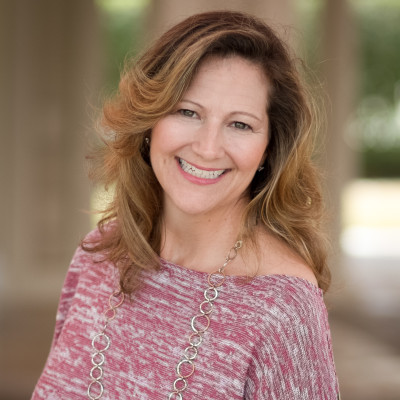