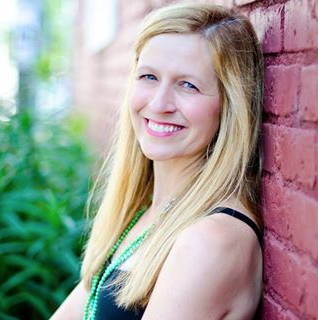 Accumulating wealth was the central focus of the family I grew up in, so I adopted the belief that my self worth was tied to how much money I was able to earn and accumulate.

I became a Christian in college but it wasn’t until I married and had a family that God began to reveal to me how I was trusting in money for security rather than Him.

My husband owns his own business that has had its ups and downs over the years. It began to prosper around the time our four children were in elementary school. We focused on building our “small k”—small kingdom—by accumulating money and possessions. We tithed faithfully but I struggled with what it looked like to be a wealthy Christian.

During a period of financial stress, I attended a women’s event at my church. A woman much like me shared about the work God called her to in Central Africa. Here was someone I could relate to doing radical things for the “big K”–God’s Big Kingdom. A “love offering” was collected and I felt a whisper in my heart, “The best way to release the power of money over you is to give it away.” So instead of putting a $20 bill in the basket, I wrote a check for $1,000. This was not a reckless or sacrificial gift but it was uncomfortable for me; a choice of obedience and trust in God to release the power that money had over me at that time in my life.

The following year, I went on a vision trip to Rwanda and Burundi. We visited a church where 11,000 men, women, children, babies, and pregnant women were brutally killed in 5 hours.

As I stood amongst cracked skulls and broken bones, I cried and committed to the Lord that I would no longer live my life ignoring the plight of the suffering.

On this trip I witnessed reconciliation in the face of unspeakable horror and joy in the midst of unbelievable poverty. I was with people who had nothing materially yet spiritually they had everything. God gave me peace that I would be OK if I lost everything I possessed because nothing can separate me from the love of Christ.

I returned a new person, committed to fighting injustice in the name of Jesus. While I couldn’t do everything, I could do something. I started small and God opened up a path before me and revealed just enough of the future for me to take the next step. 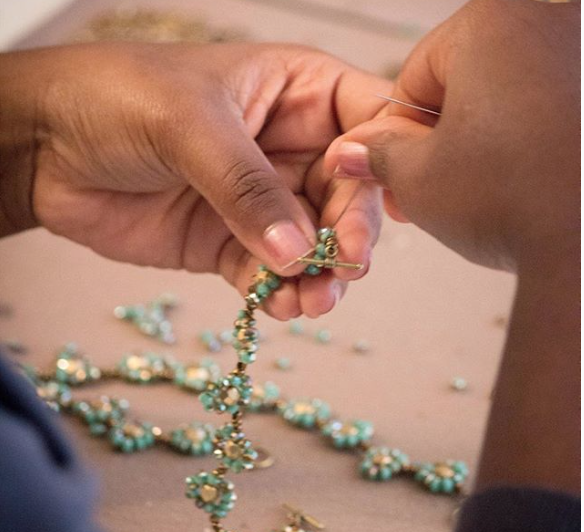 His path led me to found Fashion & Compassion in 2012. We work with women overcoming poverty and injustice in the US and around the world. We use jewelry making as a tool to build community, share the gospel, and transform women’s lives. We donate the net proceeds of jewelry sales to our partners in the communities where we work. I serve as the Director and do so without pay so that we can give more money away. God has allowed us to donate over $180,000 over the past 3 years to our local and global ministry partners.

My journey continues. I’m learning what it means to live generously in word and deed, to love the broken, to share the dignity of being created in the image of God with others, and invest effectively in the lives of the poor and vulnerable. We give more than I ever thought we would but still have much more to learn and more to give. Thankfully, I now know that no material possession or amount of money can compare to watching God transform a life before your eyes.

About the writer: Michele Dudley is passionate about seeing people from her community engage in the issues of poverty and injustice that literally billions are facing locally and around the globe. Michele is the mother of four, plus a college student from Burundi who lives as a part of her family. Michelle is the Founder and Executive Director of Fashion and Compassion based in Charlotte, North Carolina.