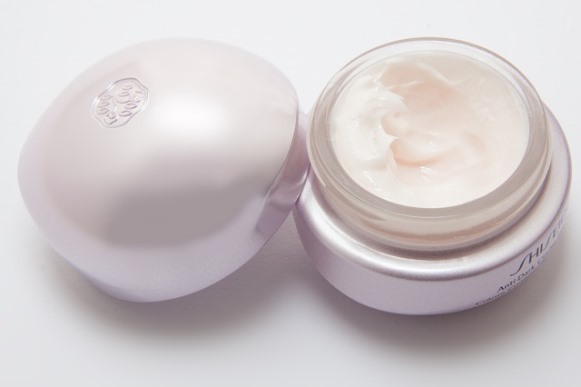 We’re often our own worst critics: If only this aspect of my appearance were different…I wish I did this particular thing better….when will I get this part of my life right?

But our loving, generous God doesn’t see us that way. He sees His beloved and chosen ones. And when we live in that freedom, the beauty of His purpose for our lives can’t help but shine through.

In today’s post, Elisa Morgan shares how the encounters at an airport makeup kiosk revealed this important truth.

When I received the text from the airline notifying me that my flight would be delayed – by THREE hours – it was too late to turn back for home. I decided to grab a Chicken Caesar Salad from Wolfgang Puck’s (one of my favorite airport take outs) and find a quiet spot to work. 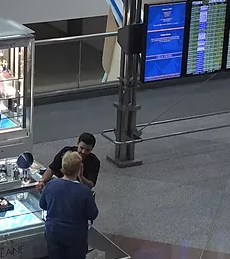 But once seated, I began watch the dudes on the level just below pitching their miracle cream. After a few minutes of observing their work and the response of so many women, I was hooked. Not on the cream – but on the exchange before me.

Woman after woman, usually on the higher end of the age spectrum, took the sample from the good-looking man’s outstretched hand, received his smile and eventually volunteered to sit in his chair while this total stranger applied cream under her eyes. He smiled and gestured, eyes wide with expression. While her skin soaked in the luxury, her spirit seemed to bask in the attention. Many were visibly engaged, smiling, giggling, spirits lifting in the moment. A mini-makeover.

As one elderly woman offered her credit card and then was handed the beautifully packaged cream, the salesman actually bent to hug her. And she hugged him back.

The scene has stayed with me.

What thoughts were passing through the minds of these women? Was one bored and just passing the time of travel? Was another intentional in her stop, ticking off a task on her to-do list? Perhaps another surprised herself by responding to the overture and her spontaneous purchase.

But in every interaction, I watched hesitancy birth forth to vulnerable reception. And in each case, the woman walked away pleased at the exchange. I’ve felt it in my own being – I once stopped myself at such a kiosk in Chicago’s O’Hare. Yup. I didn’t buy anything because I already had plenty of such stuff at home in my bathroom vanity drawers. But I stopped. And I softened. And I was pleased.

We women long to be noticed in such a way that our soul itself lightens and blooms in beauty. So much so that at times we just might pause and allow a man we’ve never met and will never see again to dollop moisturizer under our eyes.

Anything wrong with this? Of course not. That is totally not my point. I just wanted to point out what I often ignore in myself – because I think most of us often ignore it too.

We want to be noticed in such a way that our souls flower.

So there. Accept it. Embrace it even. And look in the mirror of God’s eyes and see yourself the way God sees you: beauty full. Because he sees us through Jesus.

Elisa Morgan speaks widely and has authored over 25 books, most recently The Beauty of Broken and Hello, Beauty Full. For 20 years she served as CEO of MOPS International and currently co-hosts Discover the Word Radio for Our Daily Bread Ministries. Connect with Elisa at www.elisamorgan.com.