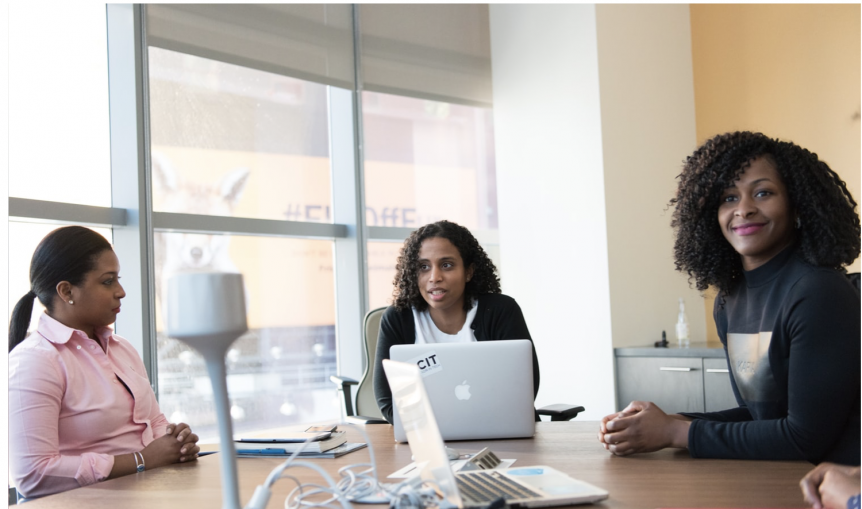 How can we use our call to generosity to address inequality and seek justice? Our friends at National Christian Foundation originally published the following post on their blog that outlines 5 principles for effective, empowering giving.

As followers of Jesus, many of our hearts are being called to a new level of commitment in the fight against racial injustice. But as givers, it’s not always easy to know how to invest in the change we long to see.

To get a better perspective on what does work, I talked to an NCF giver (Erin O’Keefe, MIGMIR Fund) and a nonprofit leader (Franklin Ballenger, senior director of community engagement of One on One Chicago) who have formed a diverse partnership to invest in Black-led churches and charities serving Chicago’s South and West sides. Let’s take a look at their journey and the five principles that they recommend for effective giving across racial lines in a way that honors God and empowers people of color.

When Erin O’Keefe started recommending grants for her family’s NCF Giving Fund (donor-advised fund), she never dreamed that God was calling her family into a spiritual awakening regarding racial injustice. It all began four years ago when Brian Bakke of the Mustard Seed Foundation invited them to attend a special event focused on philanthropy in Chicago.

“As a white family, we were convicted and challenged by our lack of awareness. We agreed that we had a lot to learn about the current effects of racism. We weren’t sure how we were going to approach it, but we sensed God calling us in this direction.”

So they all began to read books and attend conferences on the topic. “We vowed to self-reflect on our own racial biases, and work to overcome them as we built new relationships with people of color,” Erin says.

The same night, Erin met Franklin Ballenger. It was an encounter that she now describes as a “divine appointment.” With 30 years of experience in numerous community organizations and churches across the city, Franklin volunteered to come alongside Erin as a bridge-builder to the Black community.

“As a native of the West Side of Chicago, I knew God was calling me to use my influence as a connector to introduce Erin to leaders of color, Black pastors, and Black-led charities that are effective and passionate about changing their communities through Christ,” Franklin says.

He agreed to do “ride-alongs” with Erin through West and South Chicago neighborhoods to get to know the Black community firsthand. They met with leaders like Pastor Contrell Jenkins of historic Lively Stone Church. Pastor Jenkins had a small, but effective, volunteer-run after-school program serving 30 children on a shoestring budget. Now, with a grant from MIGMIR, the program has increased to more than 100 children and expanded their offerings and outreach to parents and the community. Whole families have been saved, moms and dads have been employed, and the church is flourishing.

5 principles for giving across racial lines

Working together, Franklin and Erin have learned much about the challenges and joys of giving across racial lines to achieve success stories like this. Here are five principles that they recommend:

Franklin: Work alongside a peer leader of color and take time to build relationships with black influencers. It’s really important to visit them at their ministry, learn from them, and connect them to other people and resources. Erin and I have a true friendship outside of our grantmaking work, and it has made all the difference, for us personally and for those we serve.

Franklin: In any business, ministry, or not-for-profit endeavor, there are risks. Sometimes, depending on who we are partnering with, because of their skin tone or gender, we are not willing to take risks. Be willing to take RISKS.

Erin: As funders, we do not have all the answers, and we will never fully understand the dynamics of how race affects poverty. I am intentional about doing my best to level the power dynamic that automatically exists between a donor and a nonprofit by entering into the relationship with a posture of listening and learning. I search for ways to release control and empower black leaders with authority.

Franklin: Until we truly accept the biblical truth that each of us is beautifully created in God’s image, how can we value and love each other properly? How can I pastor you, or police you, or educate you, if I do not understand your inherent value as a child of God?

Erin: To learn more about the facts of systemic racism, we read many books including: White Awake, Be the Bridge, Know More Nonprofits, Just Mercy, White Fragility, and more. We also attended the Christian Community Development Association’s national conference, The Justice Conference, and a Justice Journey Alliance gathering.

Franklin: Research shows that white-led grantmakers often give to white-led ministries serving black communities. What a contrast this is to the widely accepted model for foreign missions today that empowers indigenous people to bring the gospel to their own communities.

Erin: Black leaders inherently understand the challenges these communities face. They are best positioned to solve the root issues of poverty in their communities; they just need access to resources. We set a goal to increase our funding to Black churches and charities. Last year, 31 percent of MIGMIR’s grants went to Black charities, and we are committed to increasing the level of racial equity in our funding to 50 percent.

Franklin: I can’t stress enough the importance of sustainable support. Many black charities have only one major donor and, therefore, they are largely dependent on government grants every year. That limits their [ability to carry out their] biblical mandate. Increased support from major donors is essential to empower charities with the freedom to pursue their biblical mission and build a sustainable financial plan.

Erin: We have a mindset of supporting black charities for multiple years. Most aren’t blessed with the same large, diverse funding pipeline that most white leaders can achieve. It could do more harm than good to support them for one or two years and then stop the next.

To understand the profound impact of granting to black charities, perhaps it’s best to hear what it has meant to one MIGMIR grant recipient. Chrystal Kyles, Executive Director of Hope Excel – Reaching the World Academy, explains it this way:

“Personally, I can’t recall many times when someone called to offer support. That grant caused us to stay on course, and made sure that there was not a feeble one amongst us. Thank you, God!

“It has caused me to have peace and renewed my faith. I see God saying, ‘I trust you, your labor has not been in vain.’ I’m expecting great things!”