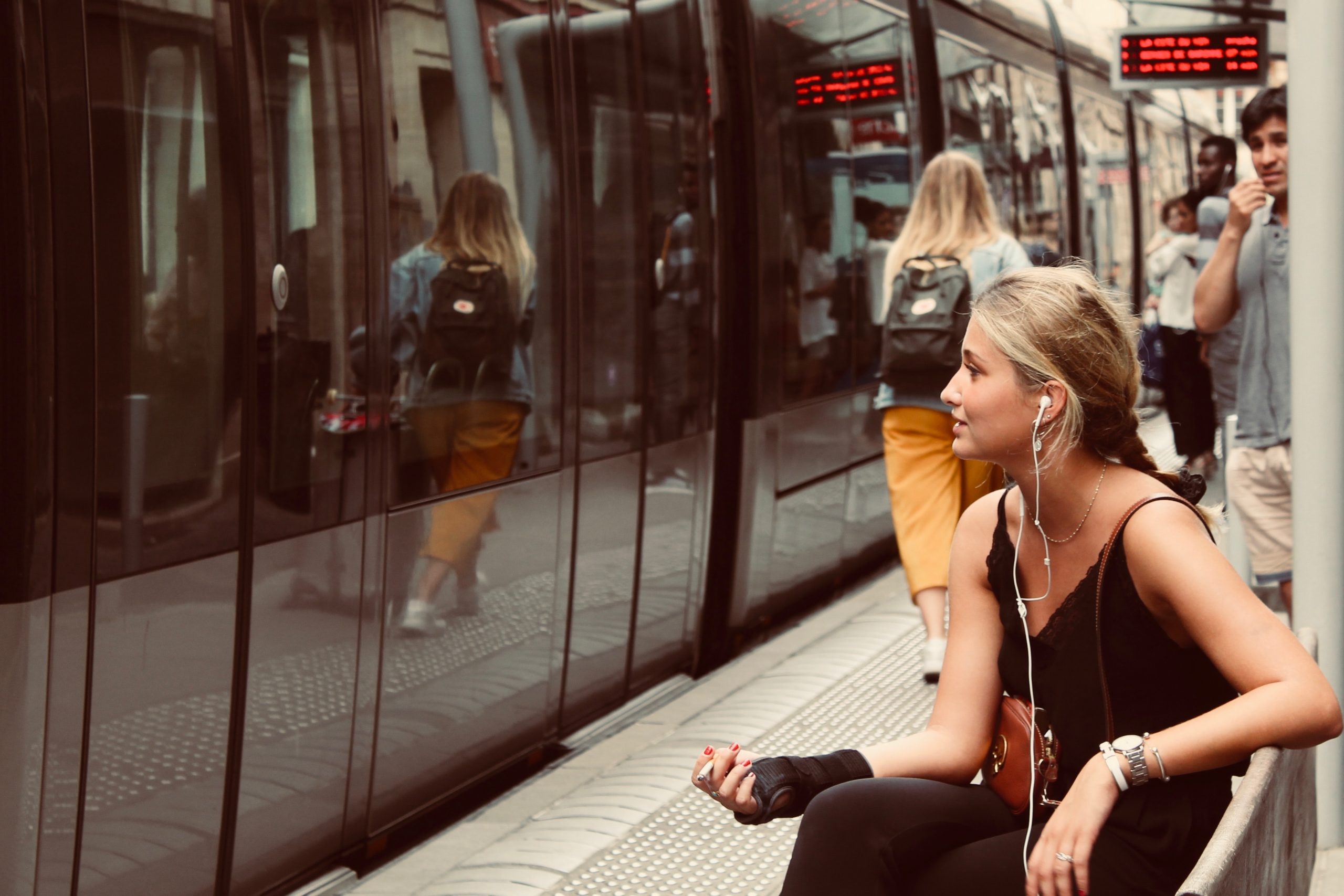 God weaves a number of threads into our lives as He reveals His purposes for us. A job prepares us with skills for the next thing He calls us to. A friendship opens the door to new opportunities. A conversation here leads to service there.

Jenny Steinbach has seen God bring together different threads in her life to create a project in line with her purpose and passion: an audio Bible in women’s voices called her.BIBLE.

A 30-year veteran of Cru, Jenny spent a number of years working on the JESUS Film and a related project designed for women called Magdalena: Through Her Eyes. She also was part of a team serving under-resourced people in Orlando with job coaching and connections with employment opportunities.

These experiences opened Jenny’s eyes to issues women and minorities face globally and here in our own country. They were also some of the threads God wove together as the idea for her.BIBLE began to take shape during her commutes to and from work every day.

“I could be on the road up to three hours a day,” she says, “so I started listening to all sorts of great audiobooks, along with audio versions of the Bible.

Jenny quickly noticed that while audiobooks had a range of men’s and women’s voices, nearly every audio Bible app she tried featured only men’s voices. And they were often the same men: classically trained actors from the Western hemisphere. “It created a sort of irritation inside of me. Why wasn’t there something for women—and something for women of every background? If only men are allowed to speak God’s Word, then what? And for young women looking for quality audio, what does that say to them?”

In the midst of wrestling with this discontent, she heard a sermon from her pastor with this challenge: How has God gifted you and what is the world waiting for you to do?

“I felt like the Lord spoke to me right there and said, ‘Jenny, you have the experience to do a women’s audio Bible.’”

With those words, the vision for what would become known as her.BIBLE started to become much more clear.

Slowly, God started weaving the necessary strands together. Jenny joined the radio team at Cru, giving her time to focus on the project and access to equipment and expertise. She negotiated the use of the New Living Translation with its publisher. And she began to find Christian voiceover artists of various ethnicities to read books of the Bible.

“I looked for pleasant voices, but also Christians who would be able to bring a compassionate reading of God’s Word that’s safe for women who come from abusive backgrounds and understandable for those whom English isn’t their first language.”

That’s a key aspect of the project. More than another audio Bible version, her.BIBLE is designed to be replicated around the world.

“We want to follow the JESUS Film Project model,” Jenny says. “They create studios wherever they go, recording audio in local languages to accompany the film. her.BIBLE  can do that too, inspiring women around the world to record in their own languages and share it with their communities.”

You can listen to the New Testament and three books of the Old Testament at her.BIBLE’s website. The next step is to finish recording and build an app so it can be easily accessed worldwide. Jenny is confident God will continue to bring people together to pray and give toward changing lives.

“We want women to listen, to immerse themselves in God’s Word, to connect with Him, and to share it with others.”

Visit her.bible to learn more about the work and listen to books of the Bible