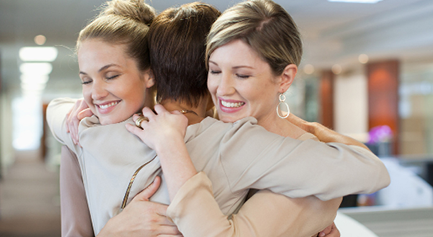 Generosity brings with it many gifts: joy, purpose, passion, freedom. There’s another, one you might not immediately think of: healing.

That’s the belief and experience of Cindy Halsted. She’s a wife, mother, ministry leader, and connector who God has placed in the unique position of reaching people who have influence and success.

“More than anything, I want God to be number one in their lives,” Cindy says. “All too often, it’s wealth and material things that can hold that place. One of the main antidotes to that is generosity.”

The blessing of bringing joy

Cindy moved to New York City at age 19 to study performing arts. She began attending Redeemer Presbyterian Church, where she responded to Jesus’ call to follow Him. It was also the place she met her husband, Bruce, a successful Wall Street professional. Together, they embarked on several ministry ventures, working with executives, young professionals, and influential families. While the world saw these people as living at the pinnacle of success, God gave Cindy eyes to see their struggles.

“Most people who have success and wealth feel burdened. It’s a huge responsibility and while they’re aware of the needs around them, they often don’t know where to start or how to proceed.”

She attended a Generous Giving conference in 2005 and, in her words, “I absolutely loved the conversation that was happening. There was such joy! All I could think was, ‘Everyone’s got to come here.’”

That passion became a position with Generous Giving, where she was able to share the message of generosity with women. “What a blessing to be part of bringing joy and to help take the pressure off,” she says. “I got to share—and still do—that it’s all God’s and we get to do is listen to Him and where He leads to give it. I’ve seen people feel such release when they realize that.”

After several years, God had a new ministry assignment for Cindy and her family: relocating from Florida back to the Northeast. While they focused their efforts on answering His call to begin a ministry known as We Want More, God continued to give Cindy opportunities to share about the joy of generosity, particularly with families in an area known for wealth and influence. And it’s making a difference.

“They’re not believing the lie that more material stuff will make you happy,” she says. “They’re finding true freedom comes from having more of God. These families are oftentimes including their kids in their move toward generosity. It’s been awesome to see whole families changing and experiencing healing.”

When I asked Cindy what motivates her to share generosity with others, she said,

“I see generosity as freedom. When sharing generosity I find that many people are burdened with pain and struggle and they don’t think they are doing enough. When I share this message it’s a ‘get to’ message not a ‘have to.’ It’s exciting to invite people into that life-giving conversation.” 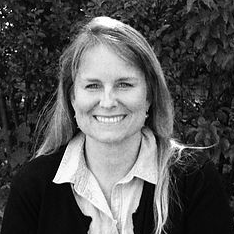 Cindy has 17 years of leadership experience in various ministry, church and foundation contexts in New York City, Orlando, Connecticut and nationally. She is the Co-Director of We Want MORE, where she is able to exercise and communicate her passions about giving, prayer and awakening “sons and daughters” to their identity and purpose in Christ. Cindy lives with her husband Bruce, and their three children Christina, Anna, and Pierce in the Brooklawn area of Fairfield/Bridgeport, CT.