It was a year filled with change. Moments of pain combined with significant interactions set her on a path that shifted her relationship with the Lord and with people around her. What was the catalyst that sparked such movement? She describes God’s purpose for her journey with just two words: inspiring joy.

Growing up, Karen watched her family’s generosity extend toward others. She knew it was important, but the effects were outward to people rather than in her own heart. After becoming a Christian at age 21, she began to live a life bent on pursuing Christ though at that point, she says her giving “lacked discernment.”

After many years of helping manage her family’s businesses, Karen became a leader in a local ministry. During her time there, she and her husband were invited to The Gathering and Generous Giving, where they were exposed to the growing generosity movement.

When one of the companies sold, their connections at those events led them to the National Christian Foundation (NCF) office in Irvine, CA. They opened a Giving Fund (donor-advised fund) and used it as a tool for recommending grants to ministries. Though they were giving, Karen remembers that she wasn’t fully living a generous life: “I would just sit down at the end of the year or whenever we went to a particular conference with a ministry we were involved in, and that’s when we would decide together to give.”

Then life took a difficult turn, leading Karen away from the sidelines and compelling her to become a leader in her family’s giving. “I ended up going through a divorce … and that’s when I became closer friends with Terri [Terri Ponce de Leon, NCF Director of Giver Services],” she explains. “She started inviting me to other women’s groups.” Even in the midst of challenging circumstances, she witnessed the Lord moving in a way she’d never seen. Karen says. “God was bringing joy into my life through my giving and my relationships with Terri and other women.”

As she dove deeper into this community, she found herself surrounded by women who strived to encourage and build each other up. Events sponsored by Women Doing Well and NCF provided a space for Karen and other women to come alongside one another and witness the overflow of joy through their stories of generosity. And now, that overflow is pouring into Karen’s daily life through her work as a licensed counselor and as a giver.

And today, she is living out her life’s mission to inspire joy through local ministry and her continued involvement in giving. Her counsel to other women is to dive into their own giving communities and to not hold back. “Explore ways God might want to work in your life and stir you up in your heart for giving … and take those risks so that you can be open to God’s leading.”

Discover God’s purpose for your giving journey when you attend a Women Doing Well event near you. 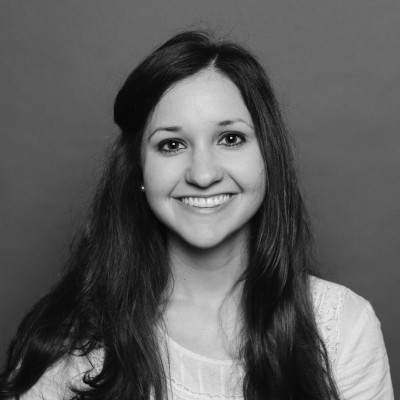 Stephanie is a daughter of the best King, a lover of the global church, and is blessed to be the Communications Specialist at the National Christian Foundation. She's also been given the privilege of being a speaker and advocate for a local ministry that serves women who have walked away from the sex industry. When she's not in the office, you can find her exploring North GA trails and Atlanta's best breakfast spots.