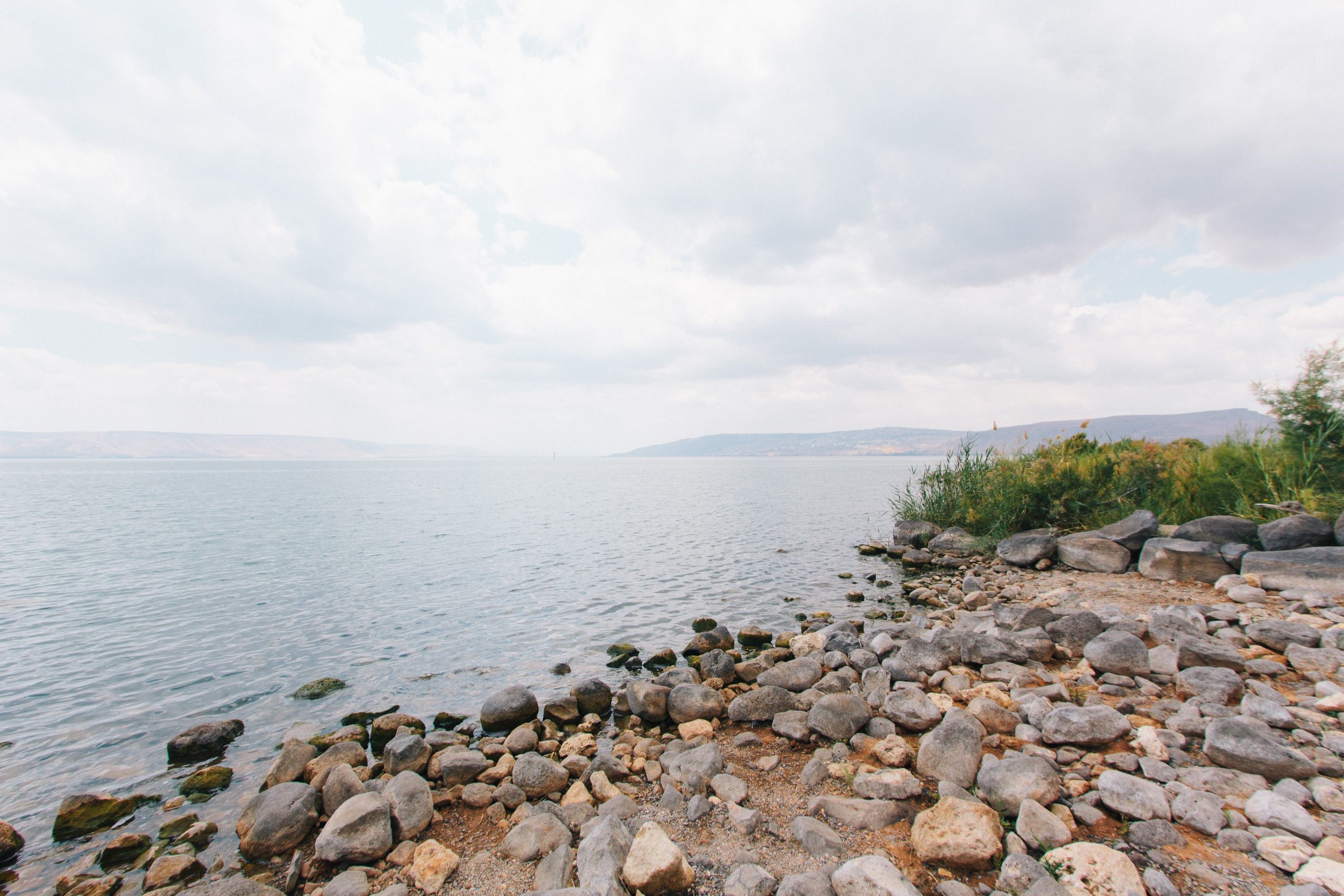 Names like Peter, James and John come quickly to mind when we think of Jesus’ disciples. But there was with them Mary, Joanna and Suzanna who were also followers and funders. Many came from places of status and were able to leverage that influence to financially support His ministry and serve alongside Him. This likely came at personal cost. After all, why would a woman of means make the choice to follow a poor rabbi whose teaching put Him at odds with the political and religious ruling class?

These women have much to teach us about using our influence and engaging with issues close to God’s heart, especially in this moment of racial tension as so many cry out for justice.

In this post, originally published at National Christian Foundation’s blog, Jill Turner explores more about who these women were and offers four insights you can put into practice.

Jesus’ female disciples both followed him and are credited with financially supporting him and the 12. Not only that, but they also followed him to the cross and remained when all the others fled. Who were these women, and what can we learn from their example?

The Gospel of Luke tells more stories about women than any of the other  synoptic Gospels. In fact, Luke’s  first letter to Theophilus contains 23 stories that are never mentioned in any of the other Gospels. In Chapter 8, we meet a group of women who consider their high status less than important in contrast to the blessing of being able to serve alongside Jesus.

Soon afterward he went on through cities and villages, proclaiming and bringing the good news of the kingdom of God. And the twelve were with him, and also some women who had been healed of evil spirits and infirmities: Mary, called Magdalene, from whom seven demons had gone out, and Joanna, the wife of Chuza, Herod’s household manager, and Susanna, and many others, who provided for them out of their means.

These patronesses of Jesus’ ministry weren’t just following. They were actively involved in his ministry. In fact, the word used for their activity in Greek is  diakoneó – where we get our modern word “deacon.” They weren’t just supporting Jesus with their finances. They were following him as disciples and ministering alongside him.

What do we know about these women?

Luke seems to assume that Theophilus has heard of these women. They were likely known because of their status, and also because they had been healed – of both physical and spiritual sickness. The whole group of them. Most prominent among them were Mary Magdalene, Joanna, the wife of Chuza, and Susanna. There were many others, and we can’t underestimate what these unnamed women did for Jesus’ ministry. Though some downplay their service, the context and the details of the verses lend strong support to the assumption that these women were  independent financial patrons, helping Jesus’ ministry function.

Mary Magdalene is mentioned by name 12 times in the Gospels – more than most of the apostles. Her epithet may just indicate that she was from the fishing village of Magdala, in Galilee. Though the city of Magdala (sometimes also called Migdal or Magadan) may have had a  connection to prostitution, there is no mention anywhere in the Bible that Mary was a prostitute. More likely, she was a prominent woman and a leader. Every time her name is mentioned in a list of women, she is always first.

Mary had a history of demon possession, maybe a brutal one. (Using the number  seven in biblical writing can be something like saying “completely.”) But Jesus had healed her. And so deep was her gratitude, that it seems she never left him, not even after his death.

Joanna means “God is generous.” Her husband, Chuza, had a position of authority in Herod’s household, and because people generally married someone of like social status, Joanna probably belonged to a prominent Jewish family that supported Herod as well. Since she was of high social status and out of place in Galilee, rural Galileans could have held her in contempt and rejected her. But it seems this was not the case and that this cohesive group of women worked together to support Jesus’ ministry. Separation by class among them is never mentioned.

It’s uncommon for a husband and wife to both be mentioned by name, but in all biblical references where they are, both are believers. Together, Joanna and Chuza may have lent their influence, as well as their own possessions. Think about how this might have benefited Jesus and the 12, especially in Jerusalem. Her connections may have helped smooth over tense political situations for the group.

Susanna is mentioned less often, but she was also likely from a prominent family and well known. This may be the reason why her name is listed, rather than her being included in the group of “many others.” She was probably also part of the group that followed Joseph of Arimathea to Jesus’ burial site (Luke 23:50-56).

“Many others” Though they may not have been as well known or had as much wealth as the named supporters, cumulatively, the contributions and work of these other women (“many others” is expressed in the  feminine gender) were substantial enough to merit mention. When Mark is remembering them at the crucifixion, he also looks back on how it was known of all of them that they had supported him throughout his ministry (Mark 15:40-41).

These women are an example of what it means to follow Jesus, to give freely, to join him on mission. And though we don’t walk with Jesus in the flesh, as they did, there are probably a lot of lessons we can learn from them. Here are a few.

1. Show gratitude for how he has healed you

Jesus was homeless and penniless, but he did things for these women that their money couldn’t ever buy. From Luke’s description, it appears that all of them were saved from a great deal of brokenness – physical and spiritual. Having been saved by him, they were beyond grateful. They became his loyal disciples and used their worldly wealth to express their gratitude and further his ministry.

Even if he didn’t save you from a demon or a disease, you are still healed – actually saved from eternal death. Sometimes we forget that, but when we remember, he can restore the joy of our salvation. And that joy can lead us to use our own worldly wealth, or whatever we’ve been given, to further his ministry too. They gave out of what they had, and we can too!

2. Use the resources you’ve been given to continue Jesus’ work

Jesus and his disciples traveled together for three years, and they left behind fishing nets and collection booths – sources of income – to do it. Jesus didn’t make miraculous meals out of loaves and fishes every time his disciples needed to eat. The Bible only mentions him doing this a couple of times. Instead, he let the women meet needs of the group.

Jesus had great expectations for his disciples, and he told them so. Not only would they do great things to complete the work he began on earth, they would do greater things, because he would be doing the work through them:

Truly, truly, I say to you, whoever believes in me will also do the works that I do; and greater works than these will he do, because I am going to the Father. Whatever you ask in my name, this I will do, that the Father may be glorified in the Son. If you ask me anything in my name, I will do it.

In Acts 2, we see the believers coming together and sharing all they have, but this was a pattern established long before, while Jesus was still with them.

3. Use your giving as a way to stay close to him

Meeting the needs of Jesus and his traveling companions probably wasn’t the primary reason the women traveled with them. It seems clear that they were devoted to Jesus. Giving their money, possessions, time, influence, and service were all ways they stayed by his side. Like so many others, they just wanted to be near him.

And in spending so much time with him, they learned his ways, learned from his teaching, saw how he responded to people. They learned how to be like him.

And day-by-day, as these women of means and nobility worked alongside the rural Galileans, their identity was no longer defined by their wealth or status. It was the fact that they had been “with him” that marked them (Luke 23:49, 55).

4. Stay with him until the end

They followed him from Galilee to Jerusalem too. They didn’t leave when it became inconvenient or even dangerous. They never left him, not even after he was dead.

Apart from Mary Magdalene, the Gospel writers don’t remember these ladies often. In fact, Susanna is never mentioned again by name. But we know there were many women who had stayed with him since ministering Galilee.

Some women were watching from a distance. Among them were Mary Magdalene, Mary the mother of James the younger and of Jesus, and ‘Salome. In Galilee, these women had followed him and cared for his needs.  Many other women  who had come up with him to Jerusalem were also there.

Joanna, Mary, and others stayed with him while he was dying – even after the disciples deserted. And when Joseph asked Pilate for the body, they were there then too. Joanna helped prepare his body for burial and Mary waited outside his tomb until he rose. “Greater love has no one than this, that one lay down his life for his friends.”

These were Jesus’ friends. He was dead, and they still weren’t going anywhere. He rose, and they were there, waiting for him. 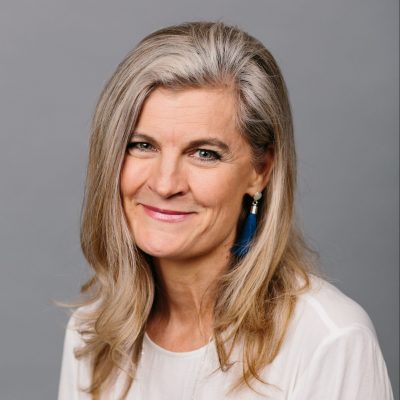 Jill Foley Turner is Managing Editor at the National Christian Foundation (NCF). She has a degree in journalism and has worked as a Bible curriculum writer and theological book editor for 15 years for many organizations, including Reflections Ministries (Dr. Kenneth Boa), the reThink Group, and Bible Study Media, among others.